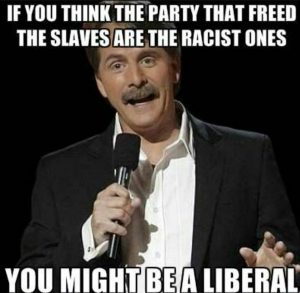 If you think the party that freed the slaves are the racist ones… you might be a Liberal. 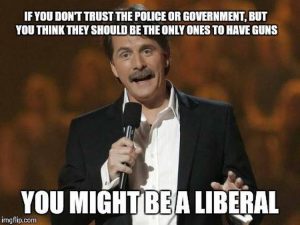 If you don’t trust the police or government, but you think they should be the only ones to have guns…you might be a Liberal. 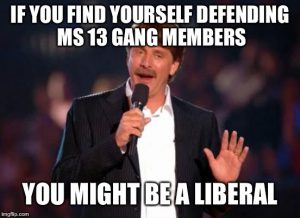 If you find yourself defending MS13 gang members … you might be a Liberal. 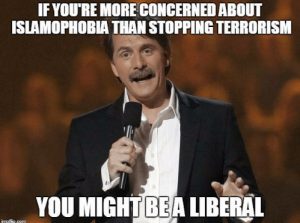 If you’re more concerned about Islamophobia than stopping terrorism… you might be a Liberal. 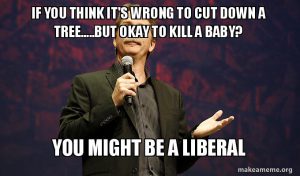 If you think it’s wrong to cut down a tree, but okay to kill a baby… you might be a Liberal.

Jeff Foxworthy has a popular joke where he claims that if you do absurdly country things, then “You might be a Redneck.” The “You might be a Liberal” jokes are at least as funny and we hope they catch on as well.

in case it’s not obvious, we don’t think Jeff Foxworthy ever said these things. But we’d like to think he would.